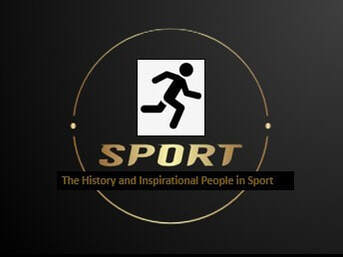 History of Football
Characteristics and the Reflection on Society

​In the 1880’s, Popular recreations were pre-industrial sports such as football, which was mainly associated with the lower class. This was due to there being a clear social divide between the upper and lower class. There were no written rules due to the lower class being uneducated and they had to play village vs village due the poor transport links. The games were often violent as the lower class were uncivilized and games were only played occasionally such as at festivals as they had little leisure time due to them working all the time. Moreover, the lower class also had limited equipment available due to their disposable income being low and often played with force rather than skill as football was not rationalized back then.

Why were people encouraged to play Football?

Dr Thomas Arnold was a headmaster of Rugby School and had a lot of inﬂuence on public school education in England. He wanted boys to participate in sports in order to:


Why were the majority of sports rationalized during 19th Century?

Development and spread of rational recreation throughout society and across the globe
​
This is how football began, however back in the 19th Century football used to be sportsmanship dominated as most footballers were playing for the love of the game. Back then there wasn’t as much pressure from the media, sponsors and the spectators due to the high value of extrinsic rewards available, such as deals for winning or prize money. Due to the high value of extrinsic rewards most players drug dope or play violently in order to increase their chances of winning. This means instead of sportsmanship being the most dominant in sport, gamesmanship is (art of winning by cunning means) such as players' time wasting in order to win the game.

Colin Kaepernick is an American Civil Rights activist and former football quarterback. He played six seasons for the San Francisco 49es in the National Football League (NFL) and helped lead his team to their 2013 Super Bowl appearance.. As a political activist, he knelt during the national anthem at the start of the NFL games to draw attention to the oppression of black people and people of color in the United States.

Pele (Edson Arantes do Nascimento) is a Brazilian former professional footballer who played as a forward. He is known as one of the greatest players of all times and was one of the most successful and popular sports ﬁgures in the 20th century. This is evident as he is the most successful top division scorer in football with 541 goals in 560 games. His total number of goals scored is 1,279 goals in 1,363 games which is a Guinness world record. He has won 3 FIFA World Cups in the years 1958,1962 and 1970 and is the only player to ever achieve this. The fact that Pele grew up in poverty as a child is an indicator for how motivated and hardworking he is to achieve

The high jump is a track and field athletics event. Without the aid of any devices, athletes jump over a horizontal bar placed at measured heights. The high jump was first practiced in England in the 19th century. It became an Olympic sport in 1896 for men and in 1928 for women. Every athlete has three attempts on every height. The athletes are allowed to touch the bar but they must not knock it down.

Javier Sotomayor, is a retired Cuban track and field athlete, who specialized in the high jump and is the current world record holder. The 1992 Olympic champion, he was the dominant high jumper of the 1990s; his personal best of 2.45 m (8 ft. 1⁄4 in) 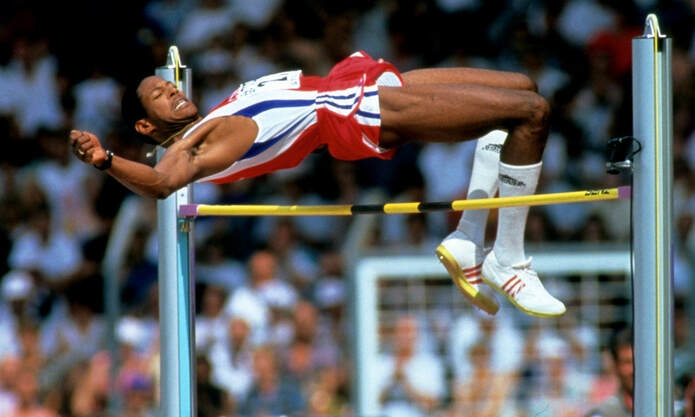 ​makes him the only person to have ever cleared eight feet. Javier Sotomayor used the Fosbury Flop style relies on speed, more specifically a jumper's ability to sustain acceleration over the last few strides. Sotomayor was deceptively fast for a tall man. Another key to his record-breaking ability was his confidence to get to record heights quickly, taking only four or five jumps at lower heights.
​
The most important aspect to put all pieces of the jump together is the body mechanics the jumper uses to jump. Technique and form has evolved greatly over the history of high jump. The popularity of a style depend upon the time period as listed here: 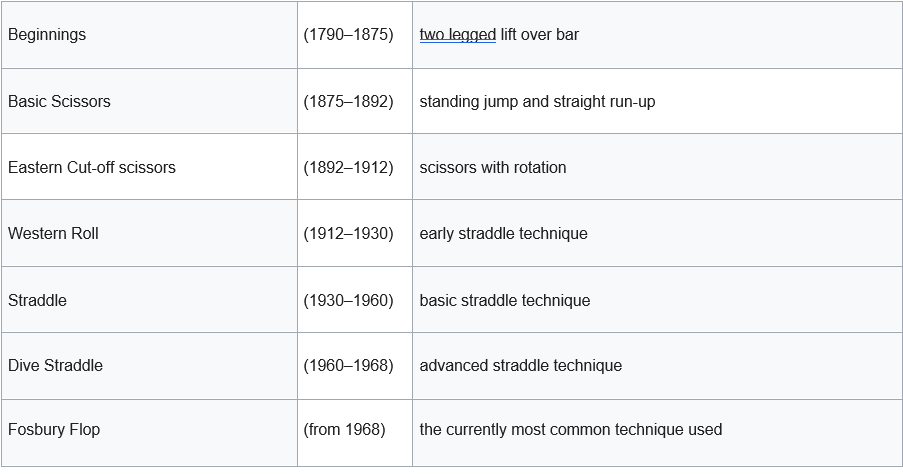 ​The Fosbury Flop is currently deemed as the most efficient way for competitors of the event to propel themselves over the bar. Still depending on the individual athletes specific strengths and weaknesses there are variations on the separate pieces that make up the jump.

The only major sport strictly of U.S.origin, basketball was invented by James Naisith(1861–1939) on or about December 1, 1891, at the International Young Men's Christian Association (YMCA) Training School (now Springfield College),Springfield Massachusetts, where Naismith was an instructor in Physical Education.

The new indoor game was played with a soccer ball, peach baskets, and nine to a side. This first contest is believed to have been played on December 21, 1891

The game of Basketball became an instant success. The students found the game easy to play and the rules easy to understand. Naismith and his players disseminated the rules of Basketball freely and the need for an indoor sport by many schools and organizations helped spread the popularity of the game.

Nowadays, basketball has a huge fan base with almost 2 million average viewers. It attracts people foro all over the world


These benefits are some amongst many with the benefits of basketball.
Copyright ​© 2021 Barretts and McMeekin